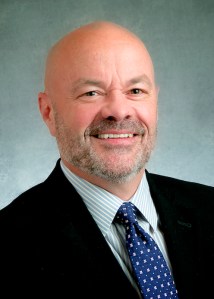 He is an expert in helping organizations navigate his home state of Alaska, where he has served in leadership roles in the executive, legislative and congressional branches of government, and managed complex policy initiatives through a range of public and legislative processes.

He is a senior policy advisor in the Office of Alaska Governor Mike Dunleavy, currently leading the implementation of the federal Infrastructure Investment and Jobs Act (IIJA) for Alaska. Previously, he was the Governor’s Legislative Director responsible for managing the administration’s public policy and legislative agenda.

Prior to joining the Dunleavy Administration in 2020, Miles led government relations for the University of Alaska, managing federal, state, and local affairs. He was VP External Affairs & Government Relations for the Alaska Gasline Development Corporation, State Director for U.S. Senator Lisa Murkowski as well as a policy advisor in her Washington D.C office. He spent a decade working in the Alaska Legislature as a senior budget and appropriations staffer for the Senate Finance Committee and served as Chief of Staff to Senator Bert Stedman.

Before returning to Alaska in 2004, Miles was an entertainment executive in Los Angeles, a Six-Sigma Black Belt at NBC Entertainment, National Director of Sales and Marketing at Sony-BMG Music, and he held senior sales roles in their classical and jazz division. He began his music career in artist development at Island Records and Arista Records.

Miles is a former U.S. Marine Corps Captain, holds a B.S. in Ocean Engineering from the U.S. Naval Academy and an MBA from UCLA’s Anderson School of Management.