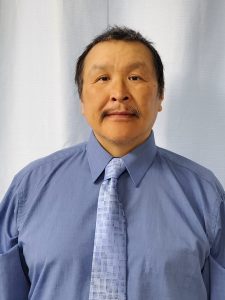 Merle Apassingok was born in Kotzebue, Alaska and raised in Gambell (Sivuqaq) on St. Lawrence Island (Sivuqaq), Alaska. Merle had been a crew member on his father’s walrus skinboat since he was a young child, and eventually became a striker, where he successfully harpooned three bowhead whales. Merle and his brother John Apassingok were the last registered whaling captains (AEWC) to sail for whales in a walrus skinboat on April 16, 2010.

Since 2011, Merle has been a Commissioned Pastor at Gambell Presbyterian Church. Merle and his wife Rhona Apassingok have been Bering Air Village Agents since June of 2000.