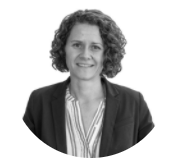 I am the Lead Climate Scientist at risQ Inc., a Boston based start-up that is quantifying the financial risks posed by climate change. Prior to joining the risQ team, I was an Assistant Professor in the Department of Earth and Planetary Sciences at Boston College. During my time at Boston College I taught classes in data analysis (EESC4464), weather and climate (EESC1172), as well as a senior research seminar class (EESC5582-5583). The senior research seminar class explored past, present, and future sea levels in the city of Boston.

Originally from Toronto, Canada, I obtained a Bachelor of Science from McGill University with a degree in physics in 2006. After completing my undergraduate degree, I returned to Toronto to begin a Ph.D. in physics at the University of Toronto.

Throughout my graduate career, my research interest varied from atmospheric physics to geophysics. I began my work with studies of severe weather in the Arctic, with a particular focus on the interaction of the atmosphere with the high topography of Greenland and Arctic Canada. After completing two field campaigns (the Greenland Flow Distortion Experiment and Storm Studies in the Arctic), my research interests shifted towards the climate and sea-level change. My thesis work involved developing a new statistical algorithm to “fingerprint” the sources of 20th century sea-level change.

Since earning my Ph.D. in 2012, my research has continued to focus on using statistical techniques to better understand global mean sea level during current and past warm periods, and to develop the tools necessary to extract source information from historical sea-level records. I believe that understanding how past sea level has changed in response to rising surface temperatures is a critical step in our ability to predict sea-level rise into the next century and beyond.

While working as postdoctoral fellow at Harvard University, I was involved in the Boston Research Advisory Group which is part of Climate-Ready Boston. The Boston Research Advisory Group was tasked with developing an updated climate census report for the city of Boston. As a member of the sea-level team, my role was to help understand the city’s future risk to long-term sea-level rise.

I am passionate about understanding how both the Earth and society will evolve and adapt to future climate change. While anticipating future risk and vulnerable infrastructure is a critical, I feel that changing our current practices to decrease future anthropogenic climate change needs to be the first step.