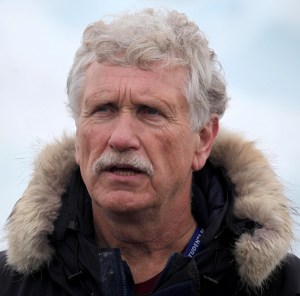 Brendan P. Kelly is the Director and Chief Scientist of the Study of Environmental Arctic Change. He is a Professor of Marine Biology with the University of Alaska Fairbanks’ International Arctic Research Center and a Senior Fellow with the Middlebury Institute of International Studies at Monterey.

A marine ecologist with a focus on sea ice environments, Dr. Kelly has participated in and led collaborative research in the North Pacific Ocean, the Arctic Ocean, the Sea of Okhotsk, the Baltic Sea, and Antarctica.

Previously, he served as Deputy Director of the Arctic Division at the U.S. National Science Foundation, Assistant Director for Polar Science in the White House Office of Science and Technology Policy, Executive Director of the Interagency Arctic Research Policy Committee, Chief Scientist at the Monterey Bay Aquarium, and as a science adviser to Indigenous organizations in Alaska.

Outside of research, Dr. Kelly enjoys sailing, hiking, and serving in a fire lookout in the Los Padres National Forest.